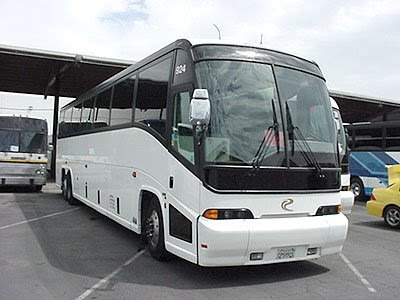 The Post today enthusiastically urges the election of Sen. John S. McCain as the 44th president of the United States.

McCain's lifelong record of service to America, his battle-tested courage, unshakeable devotion to principle and clear grasp of the dangers and opportunities now facing the nation stand in dramatic contrast to the tissue-paper-thin resume of his Democratic opponent, freshman Sen. Barack Obama......


......There are many reasons to support the McCain-Palin ticket. Here are but a few:

National security: The differences between McCain and Obama are especially stark.

McCain says 9/11 represented a two-decade "failure ... to respond to ... a [growing] global terror network." He understood that Iraq is a critical front in the war on terror - and he urged perseverance even in the dark days that preceded the success of "the surge."

Obama backed policies that would have abandoned Iraq to its fate, he bitterly opposed the surge, and once insisted that US forces invade Pakistan in search of Osama bin Laden - seemingly without regard for the potential consequences of attacking a nuclear-armed nation, ally or not.

Regarding a nuclear Iran, McCain has pushed for the strongest possible international sanctions and diplomatic pressure. Obama opposes sanctions.

And, when Russia invaded the former Soviet republic of Georgia, threatening a return to the Cold War, McCain reacted with stern disapprobation: "We must remind Russia's leaders that the benefits they enjoy from being part of the civilized world require their respect for the values, stability and peace of that world."

Obama called for UN action - unaware, apparently, that Russia's Security Council veto would have prevented any.

And while Obama promises tax cuts for "95 percent" of Americans, what he actually is proposing is some $650 billion in tax-credit-driven hikes in entitlement and other spending, to be paid for with heavier imposts across the board, but especially on investment - like a sharply higher capital-gains tax......

He is a strong convert to offshore drilling: "We have trillions of dollars' worth of oil and gas reserves in the US at a time we are exporting hundreds of billions of dollars a year overseas to buy energy."

Obama, meanwhile, hews to the Democratic Party line on energy: no nukes, no drilling and no comprehension of the consequences of such policies......


......In the end, though, sound security, economic and energy policies - plus allegiance to principle - are critical to keeping America safe and strong.

On all counts, John McCain and Sarah Palin understand this - and that's why we're in their corner to the finish.

Remember not that long ago, the NY Post was backing NOBAMA? Under the bus you go Bambi! Realistically, most Republicans will vote for McCain/Palin and most Demoncraps will vote for NOBAMA/demented white uncle. The deciding factor will be, who gets the most independent voters to believe in them.

That is why I decided to run this endorsement in my blog. I encourage you to follow this link and read all of what NY Post wrote in this endorsement and spread their words to as many independents as possible. There are no negative attacks, no lies, no BS, just good sound reasons to vote Republican this time around. It's all about policy and track record, just the information the "Average American" is looking for.
Posted by Average American at 10:48 PM

When i first saw the title i misread it to be NY Times, i almost fell off the chair. Really, the times, is this a joke? read it again, oh ok that's more realistic. Correct me if i'm wrong but the post is conservative right?

None the less, good on them for getting behind the right man, for the RIGHT reasons.

I do believe the Post has endorsed McCain even before the clinched the GOP nomination, but they still bring up some good contrasts between the candidates.

mk's right..THAT would be a REAL STUNNER (Heck, even I'D consider voting Obama if the NYSlimes came out for McCain!!!! LOL!)

WEll, nice they came to their senses!!!

Joe, you're absolutely right...I Googled before I sent that excellent endorsement out to email friends and the POST endorsed Obama in January 08.

To clarify Z, the Post endorsed Obama against Clinton in the primaries (Jan 30, 2008, right before Super Tuesday) and then on Feb. 1, 2008 gave their endorsement of John McCain for the GOP primaries.

Their current endorsement is the first one they made when comparing Obama and McCain. And it isn't a big deal.

McCain/Palin has my vote, don't worry about that. The more I hear about Obama, the more frightened I become at the prospect of him being in the whitehouse.

MK, if the NYSlimes endorsed McCain, I'd have to take my pulse to be sure I was still on this earth.

Beth, Z, The Post endorsed NOBAMA versus and McCain versus the pack in the primaries. This was the first announcement that I'm aware of that they endorsed him for the general election however, it is really no surprise.

CH, you got that right friend. Be afraid, be VERY afraid if he some how happens to win. Myself, I don't see that happening.

The main reason I ran this post was because of the talking points it raises. They did a fine job of comparing the two without all the usual mud-flinging and lies. Just the facts, presented in such a way as to appeal to the millions of undecided voters out there who are looking for substance.

should have been NOBAMA versus Clinton in above comment.

I hadnt heard this and I'm in NY my friend..ha..great stuff!

Thank you WHT, I found that at the McCain site. The endorsement itself wasn't the main point, it was the reasoning behind it that I wanted to share.