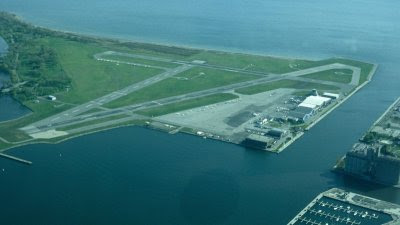 This incident happened three weeks ago, but I thought it was still worth posting about. It seems as though the canadians have much better border security than we do, which, I guess isn't really saying very much, is it? NObama's buddy, Bill Ayers thought he could just wander on up to Canada and spew forth his radical message north of the border. WRONG! Follow this link to read the entire article in the Toronto Star. He doesn't have any idea why he was turned back, he says he would have let himself in. HA! Here's part of the article.

An American education professor, one of the founders of a radical 1960s group known as the Weather Underground, which was responsible for a number of bombings in the United States in the early 1970s, was turned back at the Canadian border last night.

William Ayers, a professor of education at the University of Illinois-Chicago and a leader in educational reform, was scheduled to speak at the Centre for Urban Schooling at University of Toronto's Ontario Institute for Studies in Education. But that appearance has now been temporarily cancelled.

"I don't know why I was turned back," Ayers said in an interview this morning from Chicago. "I got off the plane like everyone else and I was asked to come over to the other side. The border guards reviewed some stuff and said I wasn't going to be allowed into Canada. To me it seems quite bureaucratic and not at all interesting ... If it were me I would have let me in. I couldn't possibly be a threat to Canada.".....

Kugler waited for five hours at the Toronto Island airport for Ayers. He was with a lawyer, but the border guard refused to allow Ayers to see the lawyer.

"The entire four or five hours he was not allowed to have representation at all. To me this is an issue of academic freedom. He could not be a threat to anyone ever. Anyone who knows anything about this man – he's a distinguished scholar at the University of Illinois and he has been involved in education reform over the past 15 years. To imagine in any way he was a threat to Canada is really absurd."

Maybe we should take Canada's example and stop letting criminals, thugs, and terrorists into our country. Boot all the illegal aliens out too while we're at it. I read there is a movement starting to get rid of the "criminal" illegal aliens. They estimate there are about 450,000 of them. Well, wait just a minute here! THEY ARE ALL CRIMINAL. The definition says so. Anyone who is here illegally IS A CRIMINAL! If you break the law, ANY law, you are a criminal. What is so f###ing hard to understand?
Posted by Average American at 11:51 AM

I totally missed this story, good grab here this got lost in all the Payback to Playback dem porkulus scandal which is maybe what scum Ayers had in mind.. I wish they'd take him to get him out of my city.

Come on AA, Ayers is a "model citizen" now!

At least, this is what some of his apologists will have you believe. I don't get it...the man is an unrepentant bomber for God's sake, no different than Timothy Mcveigh or any of the other home-grown scum like him who have done despicable things.

Considering this was actually Canada, I am in fact surprised.

To imagine in any way he was a threat to Canada is really absurd."

You do have to give the Canucks credit for being smarter than us.

I heard about this, and had a very sardonic moment.

Oh, and what Chuck said. Too bad that the leftists cult-like Obama voters didn't realize it.

I'm with you on this AA. George W. Bush had eight years to run this Ayers joker out of the country. He had eight years to round up all the illegals that mean to harm us and did nothing. He didn't get the fence built either. That damn illegal alien coddling pansie.

Ray, I found it a couple of weeks ago, I think from googling around for something else. Canada won't take him, we're stuck with his traitorious ass.

C.H., he's been trying to destroy the country all his life, he just found a more nonviolent way to do it is all.

BZ, it didn't surprise me. Canada has a rather elaborite computer system that looks for any felonious background before you get in. Even a DWI will get you the end of a boot.

Chuck, the Canadians have enough scum of their own, they don't need ours too.

Brooke, the leftards love this asshole. He can do no wrong.

Truth, where you been old man? Is that Howie in your picture? A slight improvement. We can't seem to get either party to give the damned illegals the heave-ho. It pisses me off BIG TIME! NObama just got a big porkulus package with plenty of pork in it for them, after all, we have to be nice to our visitors.

Shoprat, he is a threat to all freedom-loving countries. Any one teaching the leftist bullshit he does is a danger to Democracy everywhere.

At least the Canadians recognize a terrorist when they see one.

I missed this story also, it seems that Canada may have better border security than the US.
It is maddening that so many people seem unwilling to call the people who break into our country what they really are.....CRIMINALS.

To bad they didn't lock him up.

Thank you for sayiong exactly how I feel myself.
You have a great blog, and it's my pleasure to follow it.

PCC, yes they are getting better at it. I remember a few years back, WE were giving them shit about their lax security. Remember where most of the 9/11 terrorists got in the country from. Well, I guess they have come a long way since then.

Mr. Pink Eyes, I call them the way I see them. If a person is here illegally, he is a CRIMINAL. That includes people who may have had a visa at one time, but it expired and they stayed, like NObama's auntie whatsherface, another CRIMINAL. I don't understand what is so friggin hard to understand about it.

N.Y. Guy, yes, and throw away the key! Thanks for dropping by, hope you liked it and will return. I checked your blog, it seems you're on vacation?

Debbie's Choice, you're making an old man blush girl. Thank you for the complimentary words. I dropped by your place and found it to be very nice. I've added you to my blog roll and I will pop in rather often. Nice to meet you!

I dig the irony about the illegal alien issue AA. I want then out for of course security reasons. But also because they work cheap and drive down the wages of American and legally documented workers. As a righty, you probably hate Unions.

Truth, man, you are off on that one. I am a card-carrying member of LIUNA. I want them out for the same reasons you do. Two years ago, I was leaving my home at 3:00 am Monday and getting back home at 8:00 pm Friday or Saturday to make a decent paycheck. About 6 miles down the road, 14 illegal aliens were caught working on building a Walmart, at about 1/2 of my wages, MY LINE OF WORK!! Yeah, send every one of them HOME!

Anyone for throwing him into the Niagara Falls?

Conservative, would that be with or without a barrel? Being a fair minded and compassionate person, I vote to let him have one. Not that it would do any good.

William Ayers, a professor of education at the University of Illinois-Chicago and a leader in educational reform

Well, that's one way of putting it, but the statement gives no clue as to why Ayers is dangerous. He poisons minds!

this is a great blog that you have here AA..
I'm very glad that I found it

AOW, you got that right. He is one TOXIC son of a bitch!

Thank you Rev Right, I just visited yours. You have a good start going, keep up the good work.

Here's how nutso I'm getting:

This was inauguration day, if I'm remembering correctly... My first thought was "Is this little scuffle at the border to show America how Ayers wasn't anywhere NEAR his biggest fan? So they just CAN'T REALLY be friends!?"!!

geeeez.. This stuff's getting to me!

Z, NObama is supposed to go to Ottowa Thursday. Wouldn't it be just great if the Canadians do the same thing to him? Even better, arrest him and toss his ass in the clink! I can dream, can't I?

At least the moron is going to visit Canada first before any Moslim countries.

You might want to delete your comment about being a Union Man AA. I got Professor Douglas to admit he supported his Union and his readership at American Power dropped 50%. It dropped some more after he banned me. I guess some people just can't handle the Truth101.

Oh, don't worry truth, being a union member does not mean I agree with their politics, I don't! I just like the idea that my benefits follow me to wherever I work, one job after the other. Maybe the government should look at their process. It isn't all that bad.

I'd tell him where he could go.

Couldn't have happened to a nicer guy...

I Care, they pretty much did just that, and kudos to them for it! Thanks for dropping by.

Tom, I'm not so sure about that. They have another chance coming up on Thursday. NObama himself is supposed to visit Ottowa. I rather doubt they will block him, being the messiah and all, but wouldn't that be nice to see! I like dreams like that one. Tom, I tried to visit your place but it keeps sending me to a weird other something-book place??? I'll try again later.

"I couldn't possibly be a threat to Canada."

Yeah sure, though i doubt he could say that when referring to the United States eh. Good on ya Canada.

MK, he IS a threat to Canada, America, and anywhere else people listen to and believe his bullshit.