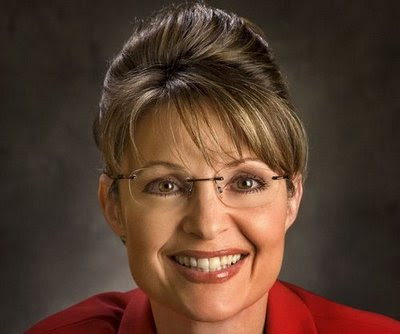 Here is a portion of the transcript from Sarah Palin's interview with Carl Cameron of Fox News. It is in no way like her previous interviews where she was viciously attacked by liberal jerks that cater to the messiah's every whim. Maybe she should keep her interviews for journalists that still have civility and decency. After all, the news channels need her as much as she needs them. I watched the interview in real time, and it was great. This transcript doesn't really capture the best of the interview, but it at least will give you an idea of the improvement from previous encounters. You can access the entire interview here. The transcript writer missed a lot of words. Where I knew for sure, I put them in parenthesis. The ones with "inaudible" are original, not mine.


CAMERON: Governor Palin, thanks so much for joining us.

CAMERON: Congratulations. You're not formally -- you've pulled off your first vice presidential debate. What do you think happened?

PALIN: Well, first it was a lot of fun. It was a great opportunity to get to speak directly to Americans. That's how I looked at it when I walked into there saying, you know, we're not going to be filtered.
There's not going to be the cutting and pasting and editing of any of our comments. Right on. Let me just talk to Americans......


CAMERON: Democrats put out 18 news releases last night and said that you committed 18 lies. The "L" word is pretty common this time around.

Anything you want to revise from last night? Anything that you said that you think on record (INAUDIBLE) you want to --

PALIN: Oh, I mispronounced General McKiernan, called him (General McClelland) and I apologize for that.


CAMERON: Folks said, wow, that was like Sarah barracuda out there last night. Because it was back and forth and you were taking on Joe Biden. Do you think you surprised him by the way in which you were prepared to sort of go after his record and Obama's?

What was the body language and the psychology between the two of you on that? Because he was sighing a lot. And some folks thought that you kind of exasperated him.

PALIN: Well, again, at least my sort of view was, it was pleasant.
And it was a lot of fun.


CAMERON: This morning -- last night, when you were in the Spin Room and people came flowing in there. And one of the questions that a lot of folks said was, OK, where was the Governor Palin and Katie Couric interview that just debated and arguably defeated Joe Biden in a vice presidential debate.

There's (INAUDIBLE), I know you know. What happened? Go ahead --

But, in the Katie Couric interviews, I did feel that there were a lot of things that she was missing, in terms of an opportunity to ask what a V.P. candidate stands for. What the values are represented in our ticket.

I wanted to talk about Barack Obama increasing taxes, which would lead to (k)illing jobs. I wanted to talk about his proposal to increase government spending by another trillion dollars. (Statements) that he's made about the war that I think make my world -- disqualify someone from consideration as the next commander in chief. Some of the comments that he's made about Afghanistan, what we're doing there, supposedly, just air raiding villages and killing civilians. That's reckless and I want to talk about things like that.

So, I guess I have to apologize for being a bit annoyed. But, that's also an indication of being outside of that Washington elite, outside of the media elite, also. And just getting to talk to Americans without the filters and let them know what we stand for.

CAMERON: OK. So, at the risk of annoying you, when you are asked, what do you read? Which papers and magazines? You didn't answer it.
Or, you said, I have all kinds of resources.

CAMERON: Well, what do you read?

PALIN: I read the same things that other people across the country read, including the "New York Times" and the "Wall Street Journal" and the "Economist" and some of these publications that we've recently even been interviewed through up there in Alaska.

Because, of everything that we're doing with oil and gas, a lot of the investment publications especially are interviewing us, asking us how are being so successful up there in contributing to our nation's step towards energy independence.

PALIN: So, my response to her. I guess (I) was kind of (flippant).
But, I was sort of taken aback, like, the suggestion was, you're way up there in a far away place in Alaska. You know, that there are publications in the rest of the world that are read by many. And I was taken aback by that because I don't know, the suggestion that this was a little bit of perhaps we're not in tune with the rest of the world.....


CAMERON: Well, the idea's not to be dodging the questions. But, you've heard the question already from Katie, about Supreme Court decisions that you disagree with.

CAMERON: But, as a conservative, there are some in the Republican Party who would expect a vice presidential nominee to understand judicial conservatives and to have something that they might object to.

PALIN: And that's fair. Right. And on that one, truly I shouldn't have been so (flipant) and (answered) that. Because that was an important question and I should have answered it.

And yes, I can cite a lot of cases that I absolutely disagree with the Supreme Court on.

CAMERON: Is there one particularly? Or a couple, or something that --

CAMERON: -- exemplifies or illustrates what your sort of judicial philosophy would be?

PALIN: Sure. A recent one, Kennedy versus Louisiana, where the Supreme Court will tell a state that they can't impose the death penalty, even on heinous (ph) crime of repeat child rapists. That a state, it's rights are taken away by the Supreme Court and we would not be able to decide for ourselves whether the death penalty in a case like that should be implemented or not.

That one -- I'm certainly not a supporter of that decision. The
(INAUDIBLE) case also, with imminent domain. That affects me, as a governor. It affected me as a mayor, also. Part that property rights are so precious in this nation and for the Supreme Court to have sided with government, instead of the people, the property owners on that.
That was frustrating.

And then another one personally affected me, also. The Exxon
(Valdez) oil spill. Deciding what the oil company, as they decimated Alaska's coastline and much of our fisheries and much of our coastal communities livelihoods -- the people who live there. And they sided with Exxon on the punishment, the punitive damage that was to be awarded. Exxon won on that one in a sense that --

CAMERON: Governor, people hear that answer and they're going to be mystified. They're going to say, wait a minute. That's the Sarah Palin that we saw when she first joined the ticket. That when you hit the campaign trail, that invigorated Republicans.

I mean, is this going to (INAUDIBLE) one of those situations where it's Palin versus the press? And it depends on who asks the questions?

PALIN: That would be the worst strategy ever that I could think of. And I have a journalism degree, so I know how you guys work, also.

I'll tell you, what I used to do is commit to not being so annoyed and impatient with mainstream media. And I will make that commitment because I do understand that that is how I speak to the American people in a position like this. I speak to you and through you and that way, that message is received by American people.

So, I apologize for the (INAUDIBLE) response that I gave through that interview on a couple of questions. I'm going to try harder. But, I would ask also then, that the media tries a little bit harder also.
And that this is a two-way street. That there's fairness. Just objectivity and fairness and truth. That's all Americans ask for.

PALIN: And that is all Americans ask for. As we send our young men and women overseas in a war zone to fight for democracy and freedoms, including freedom of the press, you've really got to have a mutually beneficial relationship here. With fighting for the freedom of the press and then the press, though, not taking advantage of that and exploiting a situation that perhaps that they would want to capture and abuse the privilege.

We just want truth, we want fairness. We want that balance.....


Yesterday, just before the debate it was announced that the campaign was going to withdraw some of it's exercises in Michigan, essentially leave Michigan for Obama to win.

What's going on there?

PALIN: Well, that's not a surprise because the polls are showing we're not doing as well there, evidently, as we would like to. But, I
(INAUDIBLE) up this morning, also. I fired a quick e-mail and said, oh, come on. Do we have to call it there? Todd and I would happy to get to Michigan and walk through those plants where car manufacturers.

We'd be so happy to get to speak with the people there in Michigan, who are hurting because the economy is hurting. Whatever we can do and whatever Todd and I can do in realizing what their challenges in that state are, as we can relate to them and connect with them and promise them that we won't let them down in the administration. I want to get
back to Michigan and I want to try.

CAMERON: Thank you very much, Governor.

Posted by Average American at 2:42 AM