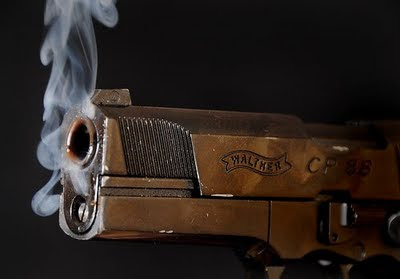 Look for a SMOKING GUN to be delivered tomorrow on the Glenn Beck Show at 5:00pm. I expect that Hannity will add to the story later on his show as well. The gavel is about to come down on ACORN. Tonight, a third city was revealed. New York joined Washington and Baltimore on the disgraceful list. This SMOKING GUN promises to make their problems so far look like mild annoyances.

In case anyone hasn't seen it yet, ACORN lost a big round this evening when the senate passed the Johanns Amendment #2355 to H.R. 3288. In a 83 to 7 vote with 9 not voting, this amendment strips ACORN's funding of federal funds in the current transportation and housing appropriations bill. There are still other funds available to them, but we will see if that remains the case after tomorrow's news. Here is the list of Senators brave----or STUPID enough to vote against this amendment:

These folks should be at the front of the line to get their pink slips!
Posted by Average American at 10:59 PM

Greetings Average American. I don't care for Glenn Beck as you probably already know but I have no problem with ACORN getting canned. They have been getting federal money for too long.

Their track record has too much baggage.

You have a very attractive blog.

This is great news! Finally ACORN is getting what it has deserved for so long. If only this had happened before the election.
One has to wonder what Obama defended when he was a lawyer for this vile organization.

Let me guess, all Democrats eh, gee what a shock. i hope acorn takes em' down with them.

Yea this is supposed to be good AA :>)

..he said a week before the Prostitute thing for "viewers to look for people to go to jail by the end of the week"

He drops those hints and this one should be killer..

Acorn deserves everything it gets! No sympathy from this neck in the woods or should I say development!

Something like 53 million in federal funds since '93 or so for ACORN. It's insane!

We'll find out what it is soon.

Well there's a small chunk off of our national debt. 17 trillion more to go!

Moon-howler, welcome, thanks for dropping in. I just have to say, those people working in the ACORN offices that have been "caught" so far sure are idiots. I hope the congress orders up a thorough investigation on ALL of ACORN's branches and cuts off every single dime to them. America does not need any of their services if that is how they operate. I added you to my blogroll.

MPE, we will probably never know just what his function was with them. I would expect it wasn't completely above board though. His past associations really scare me and I can't understand how he blinded so many people.

MK, I was surprised the vote was so huge. It must have just about KILLED many of them to vote to cut the funds. Funny really.

Ray, it sounds like tomorrow's clip will be another biggie! I gather it is in southern California or somewhere close by. My guess is that it involves illegal immigration and probably drug smuggling. Just a guess.

Jenn, I agree, it couldn't have happened to a nicer bunch of people.

Wordsmith, the number I find reprehensible is the $8.5 BILLION they were hoping to get from the porkulus package. That amounts to over 1% of the total package. In comparison, $600 million went to border security. Can you say f***ed up priorities?

Shoprat, I'd say premeditated murder was a pretty big deal, BUT, that is the indivual's problem, not the organization's problem. Stay tuned in, more tomorrow.

Brooke, I hate the night shift. Better you than me. I hope you don't dislike it as much as I do.

Highboy, welcome to my humble abode. Thanks for dropping by and for commenting. A billion here and a billion there and before you know you know it, we're not in quite such terrible shape. $8.5 billion comes to almost $30.00 for every man, woman, and child in the country. I can make better use of the $30.00 than they can!

thanks for the heads up!

Hannity said he had more tonight (9/16) but I missed it, doing the blog thing. I caught the 9/15 installment on the innerwebz, so I'll catch today's latest there as well.

Angel, you're more than welcome. It's our job to spread the word about stuff like this. If we don't, no one will.

Dr. Dave, it's unbelievable what a great job those two kids, er, young adults (I'm 61) are doing. They deserve the Presidential Freedom Medal. Of course they will have to wait for another President to get it. You will definitely want to catch episode 5. It is great. The ACORN dude even offers to help with the smuggling of the hookers, it seems he "knows" someone in that particular trade.