Will Jose get JAIL TIME? 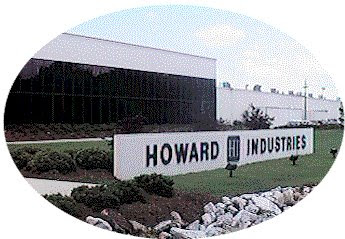 After reading the following article, I feel just a little bit more hopeful. Maybe, just maybe, justice will be served. It would be a good start. Enough cases like this might mean fewer jobs for our illegals, and that might start a migration South! Does anyone else have dreams of a 20 million man march headed south?

JACKSON, Miss. -- The human resources manager for Howard Industries, Inc. has been indicted and accused of hiring illegal aliens at the Laurel, Miss., plant.
Jose Humberto Gonzalez was charged in a 25-count indictment of conspiracy and employee verification fraud in connection with the employment of illegal aliens at the transformer manufacturing facility.
Gonzalez made his initial appearance Thursday before U.S. Magistrate Judge Michael T. Parker at the federal courthouse in Hattiesburg.
Gonzalez's indictment followed an immigration sweep of the Laurel plant in August 2008. At least 595 illegal aliens were arrested during the U.S. Immigration and Customs Enforcement's largest workplace enforcement action in U.S. history.
"ICE aggressively targets employers who egregiously violate immigration laws by knowingly employing an illegal alien workforce," said Michael A. Holt, special agent-in-charge of ICE's Office of Investigations in New Orleans. "This indictment demonstrates firsthand how ICE agents use our investigative tools to pursue those who take advantage of illegal labor for personal profit."
Of those arrested, nine faced criminal charges with aggravated identity theft and pleaded guilty to federal identity fraud charge.
If convicted, Gonzalez will face a maximum of five years in prison on each count and a maximum fine of $250,000 and three years of supervised release for each count.

I guess I would be satisified to see him get the max term served concurrently, meaning a total of 5 years, and for the company to have to pay the fine. Maybe that would make a few other criminal hirers think twice about how serious we view their antics. While perusing the companies website, I had to laugh when I read this crap, and I knew you all would get a kick out of it too:

Posted by Average American at 12:36 PM

I think the feds are actually starting to crack the whip on employers. I live in Iowa, not far from the massive immigration sweep at a postville meatpacking plant a little while back. Several of the head guys there are going to be prosocuted.

I'll say this much Joe, if he'll be jailed for that, it has to be America. No where else in the western world will that happen, jailing of an employer who hires illegals. Heck, we have trouble jailing pedophiles for a few years.

AA,
It reminds me of my cop days. We attacked street prostitution by arresting the Johns not so much the prostitutes. That will put the damper on hiring the illegals which will put a damper on coming here. I hope. Interesting AA.

Why do you conservatives free speech advocates keep deleting my comments?

Could this be a case of Jose Humberto Gonzalez protecting and aiding criminal aleins from his homeland and giving them a job? Typical..we see this a great deal in Texas..Hispanics helping out other criminal alien Hispanics only becuase they are of the same race. That is nothing but OLD FASHION RACISM!!! Just like the pot calling the kettle black.

Lynne: Why do you liberal point of view bloggers not allow everyone to read your blogs and require permission to access your pages?

Sure we have bigger problems, we have Obama as our President and that is a BIG PROBLEM!

Yes it always happens, communist and liberal breeding to forward their agenda, unfortunately this one got to the White House.

This story is refreshing, we don't need new laws to stop illegal immigration, we just needed to start enforcing the ones we have!

I guess that time will tell if this scumbag will get any actual jail time...

AA, When the door closes with him behind bars will I believe it. Maybe it will wake up other employers to what is right and what is wrong....breaking he law is breaking the law except when you are members of the elite group in Washington. Good post.....

AA, When the door closes with him behind bars will I believe it. Maybe it will wake up other employers to what is right and what is wrong....breaking he law is breaking the law except when you are members of the elite group in Washington. Good post.....

Wow. The trial hasn't even started and yet this guy has already been found guilty by ya'll. Let the trial run its course before you dole out punishment. Innocent until proven guilty. Also think about this, they rounded up about 600 "illegals" in the raid but this guy is only charged with 24 counts of hiring illegals. Does that mean the rest were OK'd by E-verify system. Yes it does. Who in the E-verify system/government is at fault for letting the other 576 illegals get hired? When will that person be indicted?

Wow. The trial hasn't even started and yet this guy has already been found guilty by ya'll. Let the trial run its course before you dole out punishment. Innocent until proven guilty. Also think about this, they rounded up about 600 "illegals" in the raid but this guy is only charged with 24 counts of hiring illegals. Does that mean the rest were OK'd by the E-verify system and Social Security Admin? Yes it does. Well then, who in the E-verify system/government is at fault for letting the other 576 "illegals" get hired? When will that person be indicted?

Kris, I sure hope you are right. We need to incarcerate enough of the people hiring illegals to send the strongest message "You'll end up in the pokey if you hire illegals!"

MK, we are keeping the fingers crossed that our courts are still honest enough to jail the bastards. Time will tell.

LOT, if they don't just get a little slap on the hand, things might get better. We'll see.

Lynne, get the fuck out if that is all you have to say. I never once deleted anything you posted. Troll!

TT, But let a poor white guy try doing the same thing and see what happens to him! All Hell would break loose. Would you actually want to see Lynne's blog? I have absolutely no desire to do so.

Cathy, thanks for dropping in! I like your opinion of bucking ofama, it resembles how I feel about him. I don't like abortion, but I would gladly have paid for the one his mother should have had, sort of like the lessor of two evils.

Beth, BINGO!! The government has to start enforcing the laws we have rather than writing even more that will never be enforced.

Brooke, I hope he does, I really do. I guess I won't be holding my breath though.

Angel, thank you and Happy Mother's Day to you also! H U G S back to you!

Tapline, I'm with you, I will believe it when I see it. I sure hope he gets at least a few years. It's the message that it would send that matters the most. I can just see the protesters now, the illegals would have a hissy fit, and the ACLU will get on it so fast, it will make your head spin. Hell, they are probably already working on it.

It's a start but we need more.

I don't answer Anomynous, use a name next time.

Shoprat, it will only be a start IF he is found guilty and severely punished.

Yes, he will get jail time, of course...he's the fall guy for Billy Howard. Anybody that thinks for one minute that Gonzalez hired all these illegals without the full knowledge of Billy Howard, is simply wrong.

Won't somebody please ask who paid for the housing and transportation for these illegals?

You think Gonzalez had that kind of money? He was working at the local high school as a soccer coach, when HE was "recruited" by Howard Industries.

Just my opinion of course.