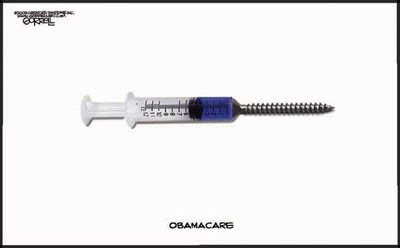 This article can be found here but it is extremely short so I decided to just steal the whole damned thing. I wish he'd just stay right away from my home state. We have enough problems without him being here.

Melody Barnes, the president's domestic policy adviser, says Obama will explain to Seacoast residents what's at stake, and why it's important to move forward now. (because he won't have both houses of Congress for much longer)

Those who haven't already registered have missed the boat. The deadline for registering online for up to two tickets was 3 p.m. Saturday. It's unclear how many people will be invited to the town hall-style forum; Stone Gymnasium has a capacity of about 2,500 people.

The Average American WILL NOT be attending this circus. I'd rather sit on the throne with a good book. Besides, there is not likely to be any conservatives there and even if there are, they will not likely get the chance to speak. I tried to get in on one of these circle jerks the other day---to no avail. I wrote about it in a comment at Z's and decided to steal it back and add it to this post. Here it is:

"Senator Shaheen from New Hampshire had a teletown meeting too. They called the day before and I said yes I would like to be part of it. It was scheduled for 6:10 until 7:10 and they would call when the time came. I slammed down my dinner and left the bar early to be there sitting next to the phone and waited until 6:30 when they finally called. I pushed the buttons as directed for those that wanted to speak. Every person that spoke was asked "Please repeat your question." They were ALL prescreened before they were allowed to speak, which by the way I never got the chance to do. What a pussy way to interact with your constituents! To add insult to injury, the bitch had to leave the phone to staff members several times so she could go vote so half the questions weren't even addressed by her. It was SICKENING!! As you can guess, there were NO tough questions."

What a complete waste of my time. I sat and listened to that liberal bullshit for what seemed to be all frigging night. That's why I won't waste my time driving 2 hours to go see that moron the leftard loonies think is the messiah. He and his 1000+ pages of horseshit can go pound sand! And he can take that fugly pizza-faced Piglosi with him. 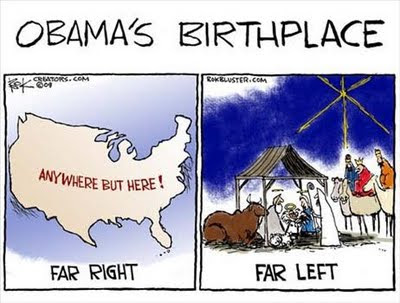 Posted by Average American at 3:23 AM

"Besides, there is not likely to be any conservatives there and even if there are, they will not likely get the chance to speak."

That's definitely a given, the great messiah won't be able to handle a few tough questions from a few simple Americans. His teleprompter may fall down and then he'll really be screwed.

MK, I would like to wrap that damned teleprompter around his neck! Let the people know how he really feels and how INEPT he really is when they listen to him without the aid of someone elses words on an electronic cue card.

Anonymous, what does Executive Privilege have to do with my post?

So much for representation, eh?

BTW, that top graphic is worth a thousand words!

That bottom cartoon is great..so true, Average!
I kinda wish you'd go and RAISE SOME HELL, but you're right..why bother?

I'd love to know if there are any honest Leftwingers who'll show and demand the truth.........will you hear about it? Let us know!

Muslims won't tolerate their prophet being questioned and Obamaniacs are the same way.

Brooke, that's why the whole tea party thing. Which graphic, the screwed needle or the HC reform supporter? I love both!

Z, I toyed with the idea but it's real limited and I'd not likely get in on it anyway and that would just piss me off more. I plan to watch it. I'm assuming it will be on WMUR, our state channel. I'm sure it will air somewhere.

Shoprat, it's weird how that lop-sided freedom of speech is huh. One may agree with him all one wants, but try disagreeing and WHAM, you're labeled all kinds of derogatory things.

Angel, That is all I call her these days. It's easier to type in than "Wicked Bitch of the West" was.

AA,
A total softball fest. I wonder if BO has marks after all the softball questions he's willing to answer.

A staged event in NH isn't going to change much of the anger real Americans are feeling about this horrific bill.

BO himself can't talk fast enough... just look at his major gaffe in comparing obamacare to the post office. Thanks, dude. Straight from the horse's (or donkey's) mouth.

LOT, well, after all, we can't be pitching to fast, it might show him to be the wuss he is. That's literally and figuratively. Did you see him throw out the first pitch in the All-Star break? He throws like he answers questions.

Cube, he won't regain any real pissed off people, but he may make gains with the people who don't care about the socialism end but are worried about the rationing, which is rather blown all out of proportion. Let's face it, there are some people spreading scare tactics around and in my opinion, they do us more harm than good in the long run. We absolutely MUST maintain our credibility. We will lose all the battles if enough average people don't feel as though they can believe us.

Shaheen was afraid to face the people in person so she took the cowardly way out, she "faced" them on the telephone with prescreened questions. What a joke!
The president also had his guests in New Hampshire pre-screened so that New Hampshire would appear sympathetic to healthcare reform. This whole administration, and New Hampshire representation in Washington, is nothing but a joke.

I was in the Union Leader today that the first question that Obama took was from a Democrats state rep. from Dover. The rep claims that it was just luck that Obama called on him. He was sitting with Lynch, Shaheen, Porter, and Hodes but we are supposed to believe that it was not planned. What a joke!

That so-called town hall meeting was a frigging joke! I am SO GLAD I didn't waste my time going. I almost did, but I figures this would happen so I stayed home.