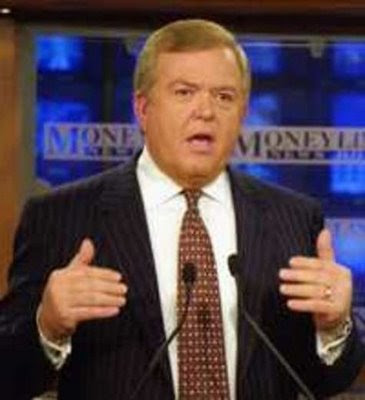 I'm so glad I got to watch Lou Dobbs last night. I've always liked him and his show but seldom am around to watch it. If ever there was an Average American, other than me of course, it would have to be Lou Dobbs. I don't agree with everything he says, but he does mirror my thoughts on most subjects.

Last night he spent at least ten minutes bashing the liberal MSM over their treatment of Sarah Palin versus Joe Biden. I tried to find a YouTube clip but there is none yet. I found a small segment of the show concerning the bailout defeat at CNN. You may access that here. Maybe it will have a link to the liberal MSM portion later.

Now back to the topic I started with. It made my heart feel good the way he lambasted his colleagues over their treatment of Sarah Palin. He talked about her speech at the RNC, her interviews, and her run-ins with the press corp. When comparing her gaffes to Biden's he jabbed Biden badly. He said Joe had 5 times as many as Sarah.

I did find an older piece where Dobbs blasts the liberal media. It would be well worth your time to watch it. It can be found here. I just wish it was the one from yesterday because it is even better. If anyone finds a clip from last night, please let me know!
Posted by Average American at 1:57 AM

I rarely get to watch Dobbs.

It is so nice that someone is calling the MSM out on their treatment of Palin.

Now the MSM is going to have Gwenn Ifill moderate the debate. She stands to PROFIT from Obama winning.

You gotta love Lou! I watch him when I can, which sadly is not as often as I would like.

Brooke, I hope and also don't think Gwenn will be too big a problem. It certainly was refreshing to see an icon of the MSM on our side for a change.

I just found him interviewing with Don Imus on Imus's radio show. Same topics, Palin versus Biden and the bailout. It's worth the trip for anyone who missed it. Here's the link: http://www.wabcradio.com/article.asp?id=913480&spid=22807 The Palin part starts at about 5 minutes.

Sticking it to the liberal MSM, he certainly is one of a kind there. There are only a few of those around, hope he's watching his 6. Leftists don't take kindly to people like him, we are after all talking the peace-loving left here.

Man, you people are insane... Sarah Palin is an idiot, as the world will see in just a few hours. If anything, the media has been KIND to Palin.

Just some guy, if you actually come back, WRONG!! She did very well tonight. I'm sure you will disagree with that statement, but watch the polls go back the other way for the next few days. That will be proof enough for me, but I'm sure you will spin it to something else. You leftards are all the same.