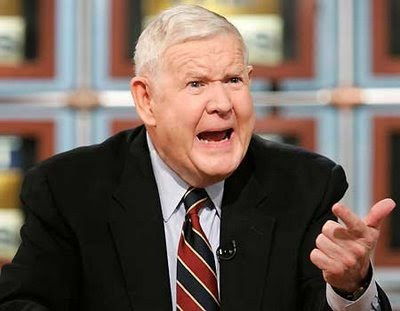 Rep. Jack Murtha, D-Pa., says he'd be willing to house prisoners from Guantanamo Bay in his congressional district if President Obama makes good on a plan to close the U.S. prison there.

As one of his first acts in office, the president circulated a draft Wednesday that would shut down Guantanamo Bay within a year.

"Sure, I'd take 'em," said Murtha, an outspoken critic of the Iraq war. "They're no more dangerous in my district than in Guantanamo."

Murtha added that there was "no reason not to put 'em in prisons in the United States and handle them the way they would handle any other prisoners."

I wonder what this moonbats constituents will have to say about this nonsense. I know if I lived in his district, I would be SOME PISSED OFF! What a moron. I hope he just killed his political career. No wonder Congress's approval rating has been so low lately. With idiots like Jack Murtha in there, I'm surprised it is even above ZERO! Pennslyvania doesn't strike me as being quite that far gone yet, is it? You can find the rest of the story by following this link. I recommend that you do.
Posted by Average American at 2:11 AM

He looks like he ate Bobby Knight for lunch.

I am no fan of Murtha because he lies about and insults those brave men and women who serve the country in the armed forces. (He also likes to lie about George W. Bush.... but that does not offend me. Lying about those who lay their lives on their line in the military is beyond the pale).

Hey! Better yet! Let's find out where Mad Jack lives and stick them into a series of rental homes on HIS street!

I hate to insult people I don;t know, but Murtha's constituents must be rednecks to have re elected him this last 2 times knowing as you all mention that he insults everyone and anyone he can everytime he opens his not pie hole but 4 course meal hole.

I got a better idea.

Let's put em in his house.

Oh God, please, please, pleeeeeeze give Murtha his wish and let the terrorists hole up in his house. I'm on bended knee here!

You guys have no clue. Murtha is the king of pork. He wants the 250 some Gitmo thugs and a new prison and the tourism dollars of people wanting to see jailed Arabs. The man's a genius at getting federal dollars. You right wingers should be happy. Murtha said his district is racist. Think of all the racist guards at the new Murtha Federal Penitentiary and how bad the Arabs will be treated. Might not rise to the level of torture you guys like. But I think they will suffer enough to make you happy.

The United States government sends Cuba a check each year for the rent of Gitmo. That check is made out in the amount of $4,065.00 and Castro refuses to cash it cause he feels like he got royally screwed(hahahaha). That is the best deal this country has had since we bought Long Island from the indians. What is the big deal about leaving them RIGHT THERE? Send that porky pig look-a-like down there with them!

Dmarks, he is quite a piece of shit isn't he?! I hate anyone who craps on our veterans and troops.

BZ, I'd hate to punish the rest of the people living there just to get to him. Send hin to them instead.

Chicago Ray, I don't know about rednecks, but they must not be the brightest bulbs in the box, that's for sure.

Shoprat and PCC, not a bad idea. Just punish him, not the whole state.

Truth, you make some sense here, but I would prefer that we just leave them right where they are. If he wants a new prison so bad, why didn't he fight to get the one being built in my friggin back yard right now? He could have had that one! Now we'll probably get them. Just f@#$ing great!

We probably agree on way more than we disagree AA. But I need to ask what lies about our Troops did Colonel Murtha tell?

Angel, he certainly is no friend of our military. He is probably the most anti-war federal politician out there, especially among the ones who are vets. Shame on him.

Truth, to tell the truth(no pun intended)I don't personally know of any lies, nor did I say that. I did say, and I'll stick to it, that he is absolutely no friend to our troops or anything they do. I find that especially disturbing because he is a vet and should know better. Be against the war--fine, be against the warriors---screw him!

he is a Raving Lunatic

I hate to sound crass, but if Murtha weren't sitting in the Senate he'd be in a dementia ward at a nursing home.

Murtha came out saying our soldiers killed innocent civilians in Haditha before he knew the details.
I believe all the Marines have been tried and exonerated.
He lied plus he couldn't wait to insult them, incriminating before the details.

I saw we give half of Gitmo to Murtha and half to the White House....

I say: "Move them to his district." Murtha is such a MOOK. I may have to add him to said list on my blog.

Bob, he most certainly is, hence the post name.

Brooke, I thought the Senate WAS a dementia unit of a nursing home, are you saying it isn't?

Tapline, thanks and welcome. Are you planning to blog soon?

Z, yes, you're right. That whole fiasco could be considered lies. He is a dumb shit, no doubt about that. Good idea. There is room for them since they already released about 600 prisoners.

TT, I'm not sure that would be fair to the population. All they are guilty of is voting for that schmuck. That may be a crime, but it calls for a less severe punishment. Send Murtha to Gitmo. He can get to be good buddies with the inmates. Then maybe he'll appreciate our troops more.

For the life of me, I do not understand how incumbent politicians like this stay in office.

"Might not rise to the level of torture you guys like. But I think they will suffer enough to make you happy."

But alas, I am sure it won't be like Gitmo where the air-conditioned cells were called "torture" by detractors.

Truth: Murtha rarely tells the truth about US foreign policy OR troops.

That screaming meat-head is another walking argument for term limits.

at least he is consistent...

Wordsmith, evidentially his constituents drink a LOT of the koolaid.

Dmarks, I have no problem with term limits, especially when we run into a waste of human flesh like this one.

Kris, he sure is, I'll have to give him that. Thanks for stopping by. I'll be over to check out your place in a few minutes.