This is just another one of those tidbits I got somewhere, probably in an e-mail. It is a rather interesting explanation of our tax system. It also demonstrates why McCain and myself and millions of others believe that Bushes tax cuts should be permanent and why they are and have always been fair! Pull up your bar stools, get a drink and see if this makes sense:

Let’s put taxes in terms everyone can understand. Suppose that every day, ten men go out for beer and the bill for all ten comes to $100. If they paid their bill the way we pay our taxes, it would go something like this:

The ten men drank in the bar every day and seemed quite happy with the arrangement, until one day, the owner threw them a curve. “Since you are all such good customers,” he said, “I’m going to reduce the cost of your daily beer by $20.” Drinks for the ten now cost just $80.(Bushes tax cut)

The group still wanted to pay their bill the way we pay our taxes so the first four men were unaffected. They would still drink for free. But what about the other six men - the paying customers? How could they divide the $20 windfall so that everyone would get his ‘fair share?’ They realized that $20 divided by six is $3.33. But if they subtracted that from everybody’s share, then the fifth man and the sixth man would each end up being paid to drink his beer. So, the bar owner suggested that it would be fair to reduce each man’s bill by roughly the same amount, and he proceeded to work out the amounts each should pay. And so:

Each of the six was better off than before. And the first four continued to drink for free. But once outside the restaurant, the men began to compare their savings.

“Yeah, that’s right,” exclaimed the fifth man. “I only saved a dollar, too. It’s unfair that he got ten times more than I!”

“That’s true!” shouted the seventh man. “Why should he get $10 back when I got only two? The wealthy get all the breaks!”(liberal speak)

“Wait a minute,” yelled the first four men in unison. “We didn’t get anything at all. The system exploits the poor!”(liberals who suck up all the freebie programs-welfare bums)

The nine men surrounded the tenth and beat him up. 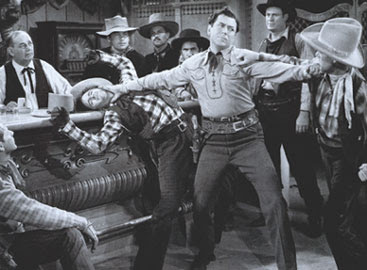 The next night the tenth man didn’t show up for drinks,(put his investments in offshore accounts) so the nine sat down and had beers without him. But when it came time to pay the bill, they discovered something important. They didn’t have enough money between all of them for even half of the bill!

And that, boys and girls, journalists and college professors,(bleeding heart liberals, asshats, and leftards) is how our tax system works. The people who pay the highest taxes get the most benefit from a tax reduction. Tax them too much, attack them for being wealthy, and they just may not show up anymore. In fact, they might start drinking overseas where the atmosphere is somewhat friendlier.
Posted by Average American at 5:38 PM

I love your sidebar pictures!!!

Totally off topic, but First Dude is liked almost as much as his wife, Sarah. They make an excellent team. Compare them with, say, the Clintons... No comparison really. Life long lovers, faithful marriage, loving kids, devoted to each other, him staying home when needed to help out, what a couple.

Thanks WHT! I figured that some people out there just might understand the message if beer was involved.

Thanks Bob, I try to change them up every now and then. There are literally thousands to pick from.

Debbie, welcome to my humble abode! Thanks for dropping by! I like First Dude. He seems to be a real nice all around guy. It is almost like having Ken and Barbie running with McCain. With a team like that, how can we lose?

Rightwingsnarkle said...
This comment has been removed by a blog administrator.
September 14, 2008 at 8:57 PM

Brilliantly put Joe. Unfortunately too many out there just don't get it until the rich fellow is gone, and once he's gone, in real life you can't get him back.

Actually, MK, I used to think we should tax the rich more too. That was in my young and foolish days.

I still don't like the idea of a flat tax. I think graduated is the way to go. The first x number of dollars gets a low %, the next y dollars gets a higher %, and the rest gets a higher yet %. The lower brackets apply to ALL taxpayers, that is what makes it fair in my book. Shit can a ton of loopholes and get credits out of the IRS hands. Earned income credit creates negative tax liabilities and is not a tax----it is a give-a-way program. Keep it if they must, but NOT in the tax code!