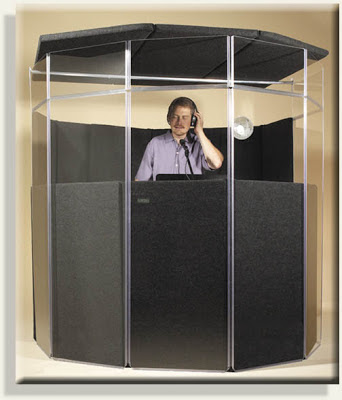 I'd like to see a debate where each candidate picked their own questions, let's say 6 each. The coin toss winner would start with his first choice question and then the opponent would get to give their answer to the same question. Then the second person gets their first choice and so on. During the actual debate, they would each be locked in a sound proof glass cage, you know, just like the Miss America Pageant used to use for the final round question. Maybe they still do, I haven't watched it in years. When it was their turn to answer a question, their mike would get turned on for let's say 3 minutes and when it was the other persons turn, the mic goes off and only the sound stays on. They get to hear each other, but only one can talk at a time. A computer could be used to automatically open and close the line of communications, and a light comes on at, let's say 30 seconds remaining so there would be NO CHEATING on the clock! Lets see them interupt each other that way--Joe BLOWHARD Biden, and the rest of them also! Maybe in this way, the American electorate would get to actually learn what each candidate has to offer the country and not just who can be the biggest loudmouth! A second advantage is that moderators would have much less chance of being biased. You hear me Candy Crowley etal?
Posted by Average American at 7:04 PM

well done, AA! I had to laugh at the Miss America comparison.."and I'd like WORLD PEACE.." :-)

Biden sounded almost that silly during his laughing fits and his 'facts'!

Yes, just turn the sound off at 30 seconds!! Nobody can go past the time. I would say they shouldn't pick their questions, though...I'd have each candidate write out the six questions for the other candidate!!??

"...I'd have each candidate write out the six questions for the other candidate!!??"

Same results--they both get equal time for all questions.