BAGHDAD – Iraqi forces assumed formal control of Baghdad and other cities Tuesday after American troops handed over security in urban areas in a defining step toward ending the U.S. combat role in the country. A countdown clock broadcast on Iraqi TV ticked to zero as the midnight deadline passed for U.S. combat troops to finish their pullback to bases outside cities.
"The withdrawal of American troops is completed now from all cities after everything they sacrificed for the sake of security," said Sadiq al-Rikabi, a senior adviser to Prime Minister Nouri al-Maliki. "We are now celebrating the restoration of sovereignty." 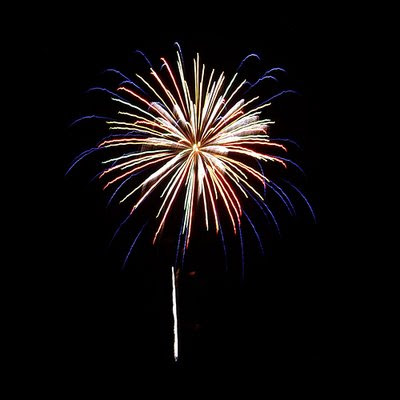 Fireworks, not bombings, colored the Baghdad skyline late Monday, and thousands attended a party in a park where singers performed patriotic songs. Loudspeakers at police stations and military checkpoints played recordings of similar tunes throughout the day, as Iraqi military vehicles decorated with flowers and national flags patrolled the capital.

Midnight's handover to Iraqi forces filled many citizens with pride but also trepidation that government forces are not ready and that violence will rise. Shiites fear more bombings by Sunni militants; Sunnis fear that the Shiite-dominated Iraqi security forces will give them little protection.

On a visit to Ramadi, a Sunni city 70 miles west of the capital, Interior Minister Jawad al-Bolani, a Shiite, told the AP that when the sun rises on Tuesday "Iraqi citizens will see no U.S. soldiers in their cities. They will see only Iraqi troops protecting them."

The paragraphs above are only a small part of this wonderful story. Please follow this link for the rest. I can almost picture the grand party they had at Baghdad Park.

Well, I think it might be safe to say that "Today is the first day of the rest of the War." The celebrations in Iraq are a long time coming and I expect will last for some time yet.

The average Iraqi on the street had some mixed feelings today. A very deep sense of pride and patriotism comes with regaining 100% control of their cities. I can only imagine how fantastic it must feel for them today. The other emotion that grips the hearts and minds of many Iraqis is a deep-rooted fear of a possible return of the terrible sectarian killings of 2006 and 2007. How can anyone who lived through those days in Iraq not feel apprehensive now. Let us hope that the lessons learned during that time period will be remembered. I'm sure that there will be some who are not ready to quit yet, but I am also sure that they will squashed. I have to believe that the people will do whatever they have to to ensure that all the gains to date are not lost.

I am quite certain that every American, whether for or against us being there, hopes and prays that the peace holds. I am sure that almost all Iraqis feel the same way. Violence may and probably will increase somewhat in the short term but just maybe the light is visable at the end of the tunnel.

There are no words to adequately thank all of our fantastic servicepeople who had so much to do with the milestone we reached today. I know you have all heard me say this before, but I feel compelled to repeat myself: "Whenever you run into a vet, THANK them for what they do!!" You just can not fathom how much it means to them to hear it, and it doesn't cost a dime.

I just realized that this is the second post of the day. Please don't overlook the one below, it is a personal favorite of mine, and I think you will like it.
Posted by Average American at 11:55 PM

AA great post....I hope it works, but I am not holding my breath. We have given much to have it work, but it really is up to them. Look how long it took Iran to rebel against the theocracy, Tje sjaj
s problem was that he was bringing them ourt of the middle ages to fast and they couldn't relate to it, hence with Jima's help he was ousted..( not to ignore the civil rights abuses, but) only to have OB ignore the whole situation....So much for Democracy...I'm rambling again..stay well...

And i hope they never forget, that all the arabs around the world never forget that it was not muslims who freed Iraq from an evil tyrant, but Christian infidels.

All of the best to the Iraqis... I hope it works.

I share your sentiments but fear that lasting peace is improbable. The Jihadists will kill and kill and kill for such is their nature.

There are no words to adequately thank all of our fantastic servicepeople who had so much to do with the milestone we reached today...great post my friend!!!

I agree with others who say that we are all holding our breath on this one...we are defiantely taking a leap into the unknown here.

Now let's just see how effective we really may have been, and how efficiently our soldiers' sacrifices may have been.

My thought: it won't last long. Islam doesn't know how to build; it simply knows how to destroy and kill. It's easier.

There are several countries in that part of the world that are reasonably peaceful and pro-western, and I hope and expect Iraq to join them. Turkey, Egypt, Kuwait, and a few others come to mind. I actually think Iraq has a chance to be even better than all of them. If they can get past the political thugary, they will have it made. Their oil wealth can be either their salvation, or their downfall, and it is up to them which way it goes. We have given them the tools to succeed but they must use them.

One thing I do know is that the religious sects are not what the fighting is about, it isn't now and I don't think it ever was. Religion is only the EXCUSE that those dirty old men in black and white turbans use to steal the wealth and power that they so crave. I doubt Allah has much to do with it, and I doubt those old bastards will ever see Heaven either.

I sure hope it works, too......
I think many are shaking in their shoes.

This was the day that many of us knew would come eventually, leaving in victory instead of withdrawing in failure. Today our troops deserve congratulations and a thank you from every single American as well as the Iraqis.
A job well done!

Z, I feel good about the chances. Remember, we aren't very far away.

MPE, it was definitely a champagne moment! Thank God Bush and our superb military came so close to getting the job done BEFORE Jan 20th that NObama really couldn't screw things up to badly. I still hate him and the Iraqis for putting up a timetable though. His little trip to Baghdad just before the elections and asking for them to wait until after the elections for the SOFA should have landed his ass in JAIL, NOT THE OVAL OFFICE!

One thing I do know is that the religious sects are not what the fighting is about, it isn't now and I don't think it ever was. Religion is only the EXCUSE that those dirty old men in black and white turbans use to steal the wealth and power that they so crave. I doubt Allah has much to do with it, and I doubt those old bastards will ever see Heaven either.