Rebirth of the Average American 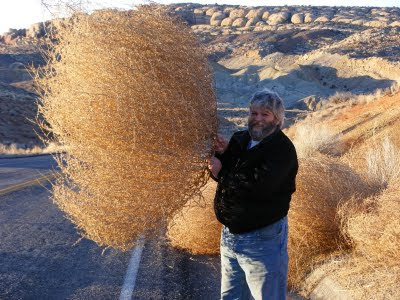 I wasn't planning to ever write a blog again, but with all the bullshit going on lately, I feel compelled to do so. I know that anything I may write will never make a bit of difference in the grand scheme of things, but maybe it will reduce my frustration. Damn this is a lot harder than I remember it being. I've been sitting here for close to an hour, trying to come up with the words, but they just won't pop into my head.

I'm thinking of writing to Standard and Poors to thank them for the wake-up call they gave us the other day. Now if we can just get the frigging clowns in D.C. to realize that the downgrade was just that, a wake-up call. There's another one coming in 6 months if they don't smarten the f### up! Both parties are making me SICK with all their finger-pointing, blaming, and mostly for their thick-headedness. Neither side really has figured out yet that they are BOTH to blame for it! This country probably hasn't deserved a AAA rating for the past 10 or 20 years anyway, but certainly not now, not with the way they've been acting. S&P is just as concerned about the complete lack of any ability on our politicians parts to get anything passed these days as they are about the paltry cuts they ended up with. What a bunch of bullshit that package was! At least one of my Senators was smart enough to vote NO on that heap of garbage. The other bleeding heart liberal bitch did not surprise me by voting yes.

The cuts were MINISCULE compared to what they should have been. Social Security and Medicare have got to be dealt with---NOW--not someday. Tax system overhaul needs to start--NOW--not someday. They want to reduce spending? They want to increase revenues?? How about letting the private sector create some fucking jobs???? Every job created takes a family off the government dole and puts them on the taxpaying roles. WIN--WIN!!!!

Here are a few of the fastest ways I can think of to create private sector jobs:

1. Why is the U.S. government buying shit from other countries if Americans make the same shit?? Even if the American made shit costs a bit more, the savings and added taxpayers more than make up for it.

2. Buy American! What's wrong with our government promoting that idea? Let Americans know how many jobs are created when we buy American. I imagine that the Congressional Budget Office could figure out how many jobs would come from, let's say, $30 billion of extra business. That is only $100 per person. Don't tell me that you can't hardly find anything American anymore. That is just plain BULL!!

3. Start JAILING employers who hire illegal aliens!! Don't even think about telling me that they only take jobs Americans don't want, or I might have to KICK YOUR F###### ASS!!! When I had to stay in motels and be gone all week to get a decent job--and then found out that 14 illegals were caught building a Walmart 5 miles from my house, I really wanted to shoot someone! What happened to the contractor that they were working for?? Not a God Damned thing!!

Number 3 alone could conceivably reduce unemployment to 5% or less. Make it so hard to get a job if you are illegal that they will go home. This would also have a HUGE HUGE HUGE impact on spending!! Why are they getting free schooling, free healthcare, free housing, and what ever else they get free anyway??

Well, I'm done bitching for now I guess. See ya all later--maybe.

Joe
Posted by Average American at 4:28 AM