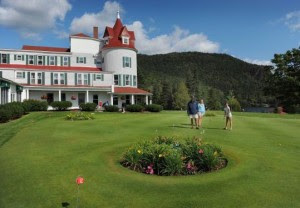 This is a picture of the Balsams Grande Hotel, the site of the first-in-the-nation voting results. This year, 9 votes were counted and publicly announced at about 5 minutes past midnight. Picture stolen from a Yahoo search.

Now to the actual subject of this post. As I drove up to my ward's voting place, I was immediately struck by the complete absence of any signs, people with signs, or any way to even know I was in the right place to vote. Upon walking up to the door, I finally noticed a small sign in the doors window that proclaimed that, indeed, I was in the right place. The city had not moved our ballot boxes without telling us. I am 63 years old, I have voted in every single election we have had, national and local alike. This is the first time this has ever happened. What's going on I asked myself. Did they pass an ordinance that prohibited this practice? I would think that if they had even suggested such a move that a war would have broken out, and I surely would have heard about it. Oh well, I went in and took care of my business and then left.

As the day progressed, I had the chance to ask friends from other parts of the city about their experience whilst voting. From all reports, three wards had ZERO nuisances at the polls and the last ward had 1 lonely poll worker holding onto a Ron Paul sign. I was able to guess who was on the sign as soon as my friend told me there was 1--who else would it be?

I picked up the Manchester Union Leader this morning and will share a few lines from one of their articles:

"Somersworth City Clerk, Diane Dubois said that after visiting each of the city's five wards, throughout the day,she was shocked to see no one campaigning or holding signs." "Not one sign. Not one person. Did someone forget to tell (people) there was a primary today?"

"On the Seacoast........There were also few people standing outside the polls supporting their candidates."

In Epping "No campaign signs, no supporters rooting for their candidates. It was all quiet outside the school and if it weren't for the sign that said 'vote here' on the front door, it would be hard to tell a primary was taking place inside."

In retrospect, I also realized how VERY FEW signs I have seen dotting the landscape and sides of the roads around here. In fact, I don't think I have seen ANY right here in Berlin, with a population of just over 10,000. One would think there would be at least a few! You know, maybe Hell really will freeze over this year!
Posted by Average American at 1:05 PM

lets pray for a the right kind of change my friend!!:)

That's odd that there were so few signs, virtually none....I guess it just shows that people really don't CARE? They just want ANYBODY BUT OBAMA???
But, you'd think the campaigns would have been in full gear...

They move my precinct ALL the time...but they do tell us on the sample ballot where it is.

Sounds like an atmosphere of apathy is taking hold. On one hand it's hard to blame them, on the other this is what liberals hope for. They just need fewer conservatives to turn up at the ballot box for their guy to remain in office.

Angel, the change I want to see is who's occupying the White House. All the other changes we need will follow.

Z, I think that many people found themselves in the same predicament that I did, unsure until the very end and not wanting to back someone only to change my mind after I had influenced someone else to change theirs. I usually have a sign or two on my lawn, but not this time.

MK, glad you found me! Actually, no apathy here. We had a record turn out on the state level on the Republican side. It's either as I told Z above, or maybe it's because the ground is frozen solid and there is no snow to stick them in. As far as in front of the polls goes, no idea! The weather was decent for January, about 35 degrees.

NH: so respectable compared to
SC...where they booed the Golden
Rule.

That is disturbing. Let's hope the Obamanation gets as many.