A Reporter With BALLS! 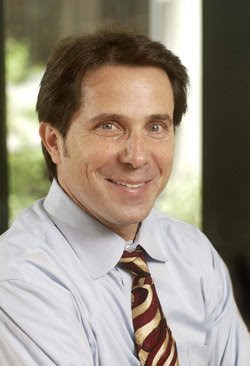 In the 2008 election, we took sides, straight and simple, particularly with regard to the vice presidential race. I don't know that we played a decisive role in that campaign, and I'm not saying the better side lost. What I am saying is that we simply didn't hold Joe Biden to the same standard as Sarah Palin, and for me, the real loser in this sordid tale is my chosen profession.

He goes on to highlight 6 points during the Vice-Presidential debate where Joe "The Gaffe" Biden went way beyond gaffes and either out and out LIED or was so damned confused about the facts that he does NOT deserve to be in ANY political position at all. The biggest blunder was when he tried to explain the duties of the VPOTUS. He didn't have a frigging clue!! You really have to read the whole article. You can find it by following this link.

When you are done reading about many things WE already knew, but the press decided to ignore, you might wonder "Who is this Carl Cannon? Who is this BRAVE soul that is FINALLY outing the biased media?" Why didn't he fess up BEFORE THE ELECTION. I guess we'll never know. He could have saved our country A WHOLE LOT OF GRIEF! Follow this link for a description of his history. Here's the main part of it:

And pick them up he did. He covered the White House for The Baltimore Sun from 1993 to 1998, then moved to the National Journal in 1998 to cover the same beat. Cannon went on to win the Ford Prize in 1999 for Distinguished Reporting of the Presidency for his coverage of Bill Clinton.

He won the Beckman award this year for a National Journal cover story on Michael Gerson, the chief wordsmith for George W. Bush. That award was given on April 29 at this year's dinner hosted by the White House Correspondents' Association, an organization for which Cannon had served as president.

Posted by Average American at 3:56 PM

He'd better watch his back from now on, nothing leftist scum detest more than one who goes against them. Every one must tow the line, otherwise their wicked house falls to pieces, such is the inner-rot of their ideology.

Well, I guess he doesn't have to worry about being picked to ask any questions of King Barry, eh? He's just an agitator, an extremist - he's going to be listed on DHS's next list of domestic terrorists along with the rest of us "right wing extremists." Poor dude.

Worst of all was Charles Gibson lecturing her on the Bush Doctrine, glasses midway down his nose like a schoolteacher calling a wayward pupil into his office. Didn't think Palin was a good pick, fails in my book in the foreign policy department but was the msm biased against her? you bet your tootin'!

Finally somebody in the media is being honest about their coverage of Obama. Too bad he waited so long.
He had better look out now, he will have a bullseye on his back.

Thanks everybody. I am thinking that Carl is considering an early retirement. As Angie said, he won't likely be asking any of the prepared questions of the messiah in the near future.

I would bet that all of our glorious liberal media people KNOW full well how biased they were and still are, but you won't likely hear any others admit to it. Lowlife assholes!!

My only question is "Why wasn't this brought up by him during the election?"

Maybe he'll end up at the Fox News Channel.